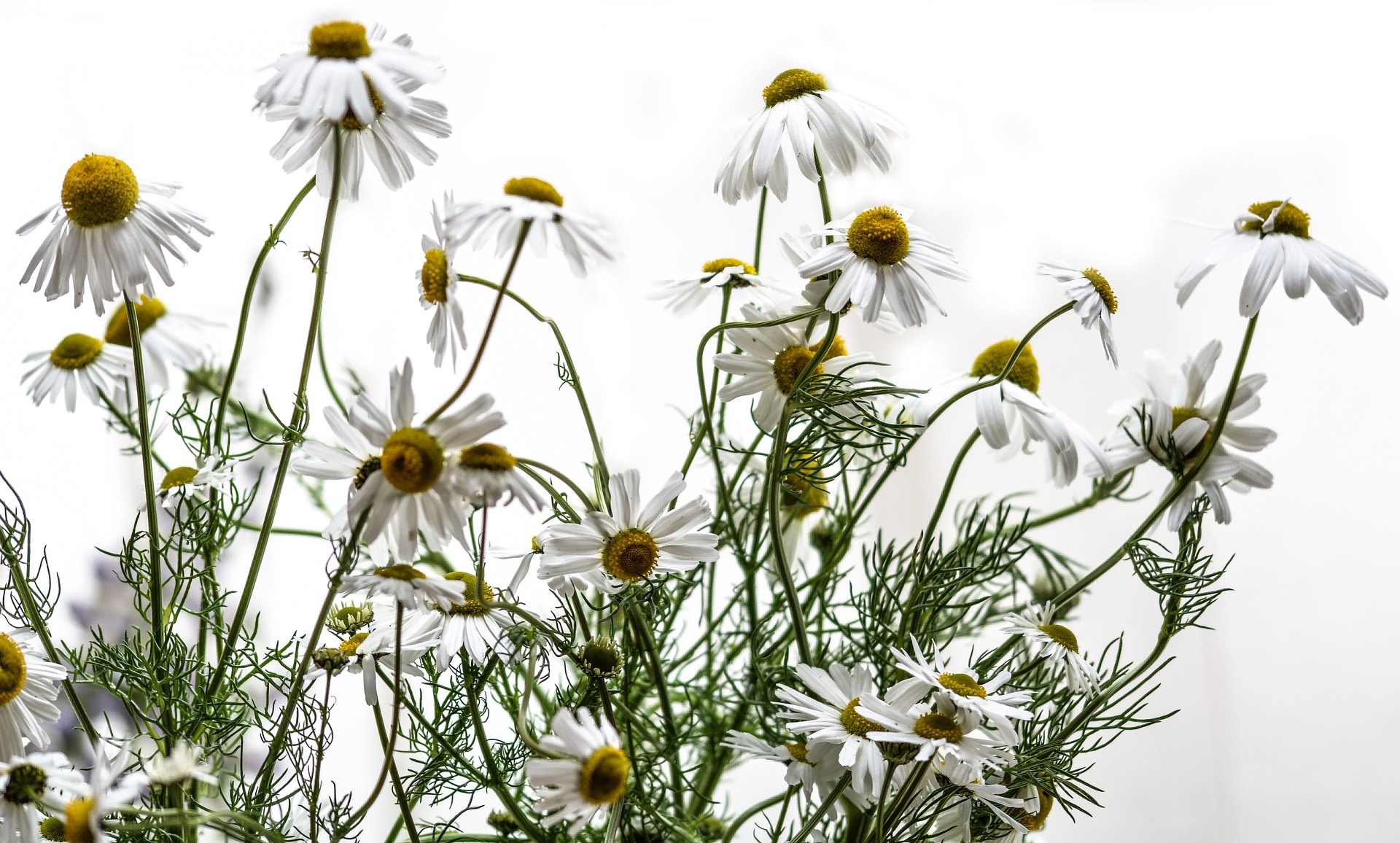 Chamomile, apple of the earth and sun on the ground

Chamomile: Matricaria recutita, also known as German chamomile or simply scented mayweed. Do you know any other names for it?

Chamomile is one of the nine sacred herbs from Anglo-Saxon times. It was also revered above all other herbs by the Egyptians who dedicated it to the sun.

It’s the flower we drink in chamomile tea.

The name comes from the Greek chamamelon meaning ‘apple on the ground’ – there’s a strong scent of apple when it is trodden upon.

It was commonly used as a strewing herb, and seems to thrive being trodden on, as Shakespeare appreciated.

‘Harry, I do not only marvel where thou spendest thy time, but also how thou art accompanied. For though the chamomile, the more it is trodden on, the faster it grows, yet youth, the more it is wasted, the sooner it wears’

Roman chamomile is considered ‘the plant’s physician’ as ailing garden plants are supposedly cured by planting chamomile beside them, and cut flowers revive and last longer with the addition of chamomile tea to the water.

Chamomile is great for dry and normal skin and can be helpful to problem skin of all types and ages and a comfort to irritated skin.

It is gentle, calming, soothing and softening as well as being healing and anti-inflammatory. It’s an astringent, good for cleansers, conditioners, face packs and steams.

Often used in hair products and rinses to lighten and condition, it’s also a soothing and healing addition to bath oils and lotions. 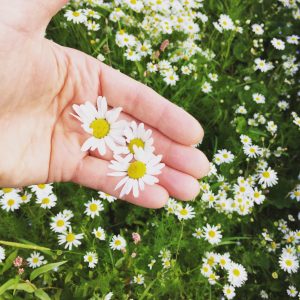 How to find, grow, harvest

You’ll find chamomile at field edges, often in gateways. Patches of chamomile will shift around cultivated fields from year to year with human disturbance. All traces disappear overwinter necessitating an early summer search to discover where they’ll emerge this year.

Starting as a feathery cluster of leaves, it can grow to knee or thigh high. The white flowers have a bright yellow centre and smell of apples.

When you can, use the flowers fresh, otherwise preserve their goodness in macerations. You can also freeze them for later use to make the most of their volatile oils which can be lost a little in the dried flowers. 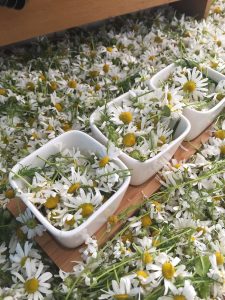 Significant terpene content means this is a skin sensitiser and skin and eye irritant.

You can make all of these simply using a kit. It takes just ten minutes to blend your own fresh pot of skincare. Everything you need is in the kit, including the pot and the label.

Here’s some more ideas for how you can use chamomile in your skincare:

Sign up for natural skincare news, tips and inspiration

We use cookies to ensure that we give you the best experience on our website. If you continue to use this site we will assume that you are happy with it.OkRead more